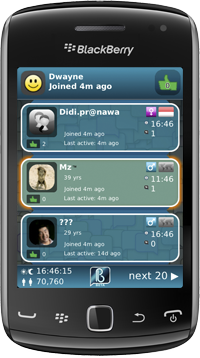 We’ve just released a new update for our Pinbook (Beta) application. During the course of the Beta testing we’re constantly striving to improve the application and the user experience. This update brings the app one step closer to perfection. The update includes bug fixes and performance enhancements, making the app run even smoother than before. We’ve also updated the user interface with improved visuals and graphics. Download the new update for Pinbook and let us know what you think of it. You can get the app for free at BlackBerry App World™.

Compatibility
Pinbook 1.8.4 (Beta) is compatible with all BlackBerry® Smartphones running OS 5.0 or higher.