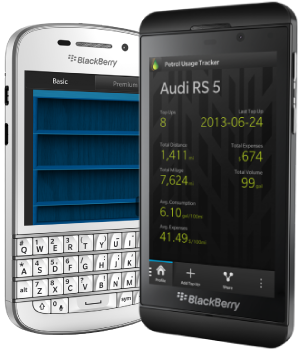 Time again for an overview of S4BB apps in the media. In the past two weeks we’ve released a new update for our Barcode Scanner application and added 30 new premium themes to our Theme app. We also launched a brand new application: Petrol Usage Tracker. Thanks to this handy app you can keep track of your fuel consumption. Check out the reviews below:

Want to download the apps you read about? They’re all available at BlackBerry World™: