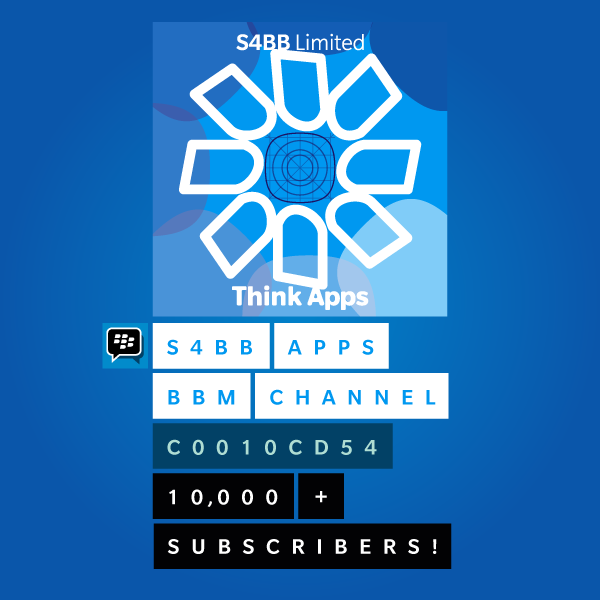 HONG KONG, December 5th, 2014 — Since the launch of BBM Channels S4BB Limited has been running their own BBM Channel “S4BB Apps” which can be accessed through channel PIN C0010CD54. Today, S4BB Limited is proud to announce that their “S4BB Apps” BBM Channel has surpassed the 10,000 subscribers mark and keeps growing rapidly while BBM is expanding its own user base of 91 million monthly active users.

“S4BB Apps” provides exclusive access to pre-release beta versions of upcoming apps as well as promotional information when an app is being discounted or made available for free during a promotional period. The “S4BB Apps” BBM Channel is also the most direct way for S4BB Limited to talk to their customers and get feedback from them. It is the perfect platform to communicate efficiently and directly with users across multiple platforms such as Android, BlackBerry, iOS and Windows Phone.