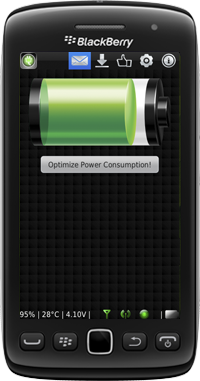 This week we’ve released an update for Battery Booster upgrading it to version 3.0. This update will allow the app to run in the background. As such, it will require less power form your mobile phone. Thus enhancing the device its battery life. Smart WiFi 2.0 also comes built in with this update, which makes it even more effective. All of this has been touched up with a new layout and graphics. This update will only cost $0.99. New users can purchase the latest version for $4.99. Available on BlackBerry App World™.