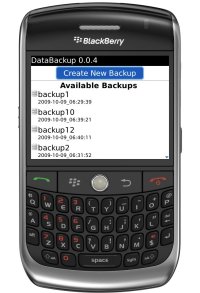 S4BB Limited just released a new beta version of the incredibly popular application DataBackup for BlackBerry. With DataBackup you back up private data like contacts, memos, tasks and more to the media card. A free and open to everyone beta test is currently running. We invite everyone who is interested to join and check out DataBackup!